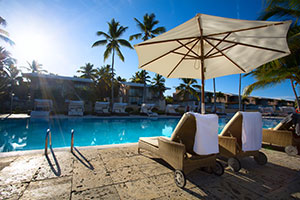 According to the Uniform Crime Report, the violent crime rate is presently at the second lowest level in the history of Scottsdale Police Department. The rate of property crime, however, is within normal historical activity levels. Property crime makes up the majority of crimes that the Scottsdale Police Department investigates- 76.77% theft, 11.61% burglary, and 4.44% auto theft. The breakdown with regards to violent crimes is: 3.36% aggravated assault, 1.99% forcible rape, 1.42% robbery, .28% arson and .11% homicide.

Don’t worry, the statistics listed above are merely complaints, not convictions, where the accused found guilty or pleads to the charges. If you want to be apart of the group of defendants who does not receive a conviction, then you need an attorney from Lavy Law who knows how to get your case dismissed or win you a not guilty verdict due to its background as a former prosecutor, court attorney, trial attorney, and counselor.

In Scottsdale, there is only a municipal court (also known as city court) that hears misdemeanor and traffic cases. The felony and major felony cases are heard in the Supreme Courts located in Phoenix and Mesa. Although the criminal cases are more minor in Scottsdale, the consequences can be just as severe. In fact, the maximum punishment (Class 1 misdemeanor ) can be up to 6 months in jail or $2,500 in fines.

Yet, a misdemeanor conviction in city court can have worse consequences on a person’s life that goes beyond a few days in jail and a few hundred dollars. This is because, just like a felony conviction, misdemeanors are criminal convictions that must be reported when filling out job applications and applying for a professional license.

Lavy Law has substantial experience with Scottsdale’s misdemeanor crimes due to its background working as a prosecutor. The crimes that the firm defends clients against include:

Do you already have a conviction? Lavy Law can help you even if you already lost in criminal court through Appeals. Lavy law will ask a court of higher authority to review the decision by the criminal court and point out how the judge incorrectly applied the law, the procedural issue, or incompetence by your prior attorney.